What is Friends of Camp Kenan?

Friends of Camp Kenan is an incorporated non-profit organization dedicated to providing support for the facilities and program at Camp Kenan. The idea originated after a 1995 canoe trip to Algonquin Provincial Park in Canada, where a group called the Friends of Algonquin Park was very active.

The concept was proposed to the late Gil Mosher, the retired Executive Director of the Lockport YMCA, who warmly endorsed the plan. During the winter of 1995-96, a number of people met several times and gradually got the organization off the ground. Among this group was Bob Mosher, Ken & PJ Haak, Bill Neidlinger, Kevin Clark, Bill Heller, Ron Main, Bob Billingsley, Jeff Tracy, and of course, Goose.

Our first event: a staff reunion at camp in the fall of 1996. The gathering was dubbed "Goosestock". Its purpose was to raise funds for the benefit of camp, but also to re-establish ties with old friends. Over 200 people were in attendance that first year which featured a spagetti dinner, oldtimers basketball game, all-comers softball, softball-golf, two evening campfires, chapel, endless songs and stories, and the re-kindling of the Spirit of Camp Kenan.

Goosestock is now held annually. Donations have totaled in the thousands of dollars, and the Friends have adopted Headquarters as a responsibility.

Who is Friends of Camp Kenan?

We welcome all those people who, over the years, have served on the staff of Camp Kenan in any capacity. Join us as we actively celebrate the Spirit of Camp Kenan! 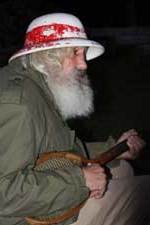 The One, The Only, Graaaaay Goose! Robert "Goose" Gray, needs no further introduction to most local Western New York residents. A resident of Lockport, NY Goose served the community of Lockport and beyond for many years with his unforgettable story telling, singing and love for the outdoors.

He continued his life long work in resident camps, sharing his special talents with children every summer. Goose remained a beloved fixture at the YMCA in Lockport, NY and Camp Kenan.

He was born on December 7, 1858 and passed away on February 14, 2018. He was “the seventh son of a seventh son. He was the seventh son of Mother Goose.” If you had the pleasure of meeting The Old Gray Goose (TOGG) then you were one of the lucky ones. He impacted many lives in his 159 years on this Earth.

What has Friends of Camp Kenan done?